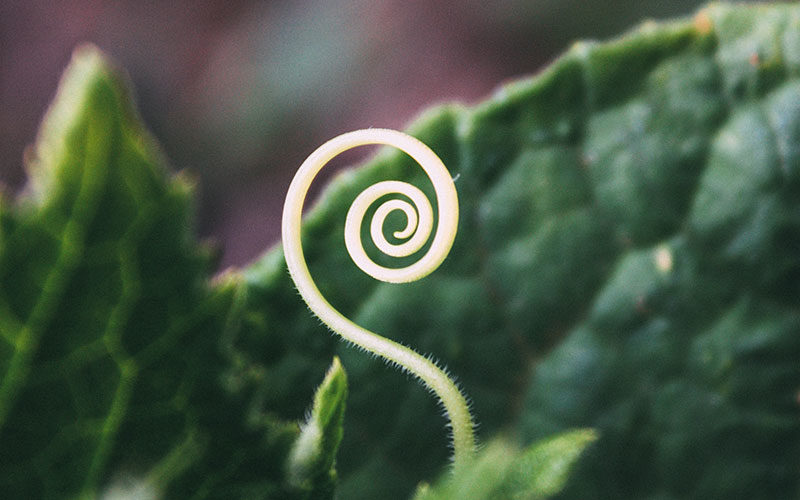 One of the best known of all the references to grace in the Bible is Peter’s summary statement at the conclusion of his second epistle, But grow in grace, and in the knowledge of our Lord and Saviour Jesus Christ. To him be glory both now and for ever. Amen.

Certainly, this is a command or instruction calling on us to grow as Christians. A satisfied Christian, resting on his laurels, is an unhealthy Christian. We ought to grow in our love for the Lord, in our knowledge of the Word of God, and in our ability or capacity to serve Him. A wise Christian takes special note of his weaknesses and strategizes a plan of attack to strengthen them. If his prayer life is weak or his witnessing anemic or his patience frequently frayed he seeks to get better at these, to grow.

While all this is true, I also think it comes short of the idea that Peter is seeking to communicate here. Yes, we are called to grow, to develop, but in placing all the emphasis of our application on the first word of that phrase we miss something beautiful – the last two words of the phrase. Yes, we are to grow, but what do we grow in? Grace.

My wife, Mandy, was raised on a hillside farm in rural Pennsylvania, and although we live in inner city Chicago she still enjoys planting a small garden each year. It is strategically located directly outside my office window in a small square formed by two angles of our brick church building. It gets a fair amount of sun for being in the city, and the sun-warmed brick adds a helpful boost even when the afternoon shadows develop. Each Spring she diligently digs up the existing soil, mixes in some new dirt, and then plants our small crop of tomatoes, sunflowers, mint, basil, and zucchini. As the weeks pass, other than the occasional weeding and pruning, which she does, and the watering, which I do, it largely takes care of itself. As summer reaches it peak we begin to enjoy the fruits of our labor.
What does each one of those plants grow in? Dirt. That topsoil contains the nutrients necessary for it to grow. Yes, water and sun necessarily contribute, but a plant left sitting on the picnic table beside the garden will die no matter how much water and sun it gets. Hydroponics aside, plants grow in dirt.

This is the illustration Peter is seeking to convey. Christians grow, but how do they grow? They only grow if they are planted in and rooted into an atmosphere of grace.

I liken being planted in grace to being saved. There are a host of people in the world who are trying to grow their spiritual capacity, to develop themselves spiritually, who are fatally hindered by the fact they have never been saved. Beloved, we must begin at the beginning. We must humbly receive first grace if we are to have any hope of growing in grace.

Being planted, however, is just the beginning. Like Peter, Paul often used agricultural illustrations in his writing. For example, he tells us in Colossians 2, Rooted and built up in him, and stablished in the faith, as ye have been taught, abounding therein with thanksgiving. To be rooted references a plant that has progressed beyond its initial sowing. As its roots spread out and down, thrusting into the fertile soil, it builds the base necessary to support the visible growth we see above ground.

This is why the root comes before the fruit, so to speak, and the same thing is true in the Christian life. I hold a firm belief that our lives ought to show our Christianity outwardly, that we ought to bear visible fruit, but I think sometimes the independent Baptist movement places too much stress upon this. If a plant has a healthy root system it almost always produces a visible, growing stalk with fruit.

Peter tells us to grow in grace, and Paul tells us to be rooted and built up in him. We will never go any further in the Christian life than our grasp of Jesus Christ. It begins by Him, it continues in Him, and it ends with Him. Our Christianity must be soundly established in an understanding of Who He is and what He does. The only way to establish maturity in the Christian life is to know Him, and the power of His resurrection, and the fellowship of His suffering, being made conformable unto His death.

Not only are we rooted and built up in him but coinciding with that we are stablished in the faith. Those two words in Scripture – “the faith” – represent the corporate body of doctrinal truth each Christian is called to understand and believe. A Christian who does not know what he believes and why he believes is a weak Christian. Such a person will simply parrot back whatever they heard from the last strong personality they encountered. Like tumbleweeds, they are blown about by every wind of doctrine. They never establish themselves in the faith and grow the sturdy roots necessary to be like a tree planted by the rivers of water. Speaking plainly here, do you know what the fundamentals of the faith are? Do you know what the Baptist distinctives are? Do you have a decent if not systematic grasp of orthodox doctrine? Further, do you understand the why behind the what of our conservative positions of doctrine and practice? In the short term, I can get any Christian to temporarily do most anything, but they will not produce fruit over the long term unless they are stablished in the faith.

As you can imagine, this requires an enormous amount of teaching on the part of those overseeing the young Christian. Paul said that being rooted and stablished comes as ye have been taught. You do not develop deep and sturdy roots overnight. It takes a lot of time, on the part of both the teacher and the student, time in church, time studying the Bible, time deepening your knowledge and understanding, to be rooted and stablished.

Some months ago a pastor in another state, who had read “Schizophrenic”, contacted me. He explained that he was burdened to see the young people in his Christian school stay in the faith in which they had been raised after they graduated. He asked me to come and spend a number of days teaching in the high school in relation to this. Travel is not easy for me, and I initially turned him down, but he was gently persistent so I finally consented. This week I had the distinct pleasure of getting to know that pastor, and those fine young people, as we shared some time together in the Word of God. At the risk of seeming to be overly complimentary, that is good leadership on the part of a wise pastor. He wants to see his young people rooted and built up in him and stablished in the faith and knowing this only comes about by teaching he is prioritizing such instruction.

I am a bit weary of depth in the Christian life being criticized in our circles. One would think Scripture says nothing of the deep things of God when it actually does. (I Corinthians 2.10) If, as a Christian, you neglect your root structure, the hidden part, the deepening of your faith, such neglect will inevitably and eventually reveal itself in a sickly stalk sparsely populated with puny fruit.

Do you want to grow as a Christian? Then you must pursue a deeper knowledge of Jesus Christ and of the faith to which you are called. If you do not you will simply wander hither and yon, bouncing from church to church, from spiritual system to spiritual system, constantly frustrated and never growing to maturity. Bringing us back to grace, the Holy Spirit said it this way in Hebrews 13.9, Be not carried about with divers and strange doctrines. For it is a good thing that the heart be established with grace.

Do you want to grow? Then you must grow in grace, establishing yourself more deeply in Him and in a knowledge and understanding of our mutual faith.

Praised, Yet Awful: A Review of Philip Yancey’s What’s So Amazing About Grace?
No comments

Under Grace
No comments

An Atmosphere of Grace
No comments

Grow in Grace
No comments

The Grace of His Lips
1 comments