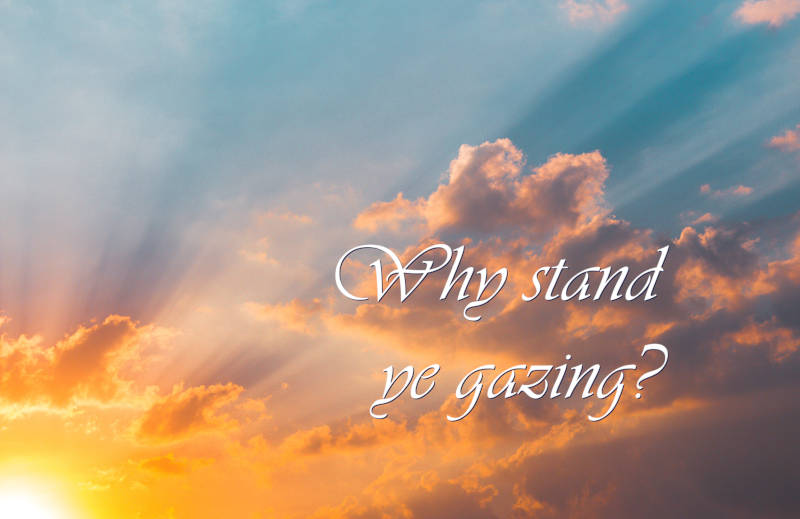 Parallels Regarding First and Second Comings of Our Lord Jesus Christ

As one compares the two comings of Christ, one past and the other yet future, he finds parallels.  First, both comings include several events spread out over periods of years.  The first coming of Jesus Christ included (1) the announcements of his birth, (2) his actual incarnation in the womb of the virgin Mary, (3) his public presentation in the temple, (4) many clear fulfillments of Old Testament prophecy, (5) his public ministry of preaching and performing miracles, (6) his betrayal and trials, (7) his crucifixion, (8) his resurrection, and (9) his ascension.  These events covered a time period of thirty to thirty-five years.

Therefore is it reasonable to believe that the second coming of Jesus Christ will include several events spread out over a period of years.  Indeed, his second coming is comprised of (1) his appearing for his church called the rapture, (2) the end-of-the-age, seven-year time period called the great tribulation, (3) the marriage supper of the Lamb, (4) the sign of the Son of Man in heaven called the return or advent of Christ, (5) the battle of Armageddon, (6) the setting up of the kingdom called the millennium, (7) the actual thousand-year time of the kingdom, (8) the final uprising of satan and the battle detailed in Ezekiel 38&39, (9) the judgment of the nations, (10) the great white throne judgment,  and finally (11) the establishment of the new heavens and new earth.  These events will cover a time period of just over one thousand years.

Second, both comings include similar events.  Of those similar events, some were private, that is, limited to the presence of believers and disciples only.  Private events of the first coming include the events of John 7:4, 20:30, and 21:1&14; and Acts 10:41.  Private events of the second coming include the happenings found in such portions as Acts 1:11; I Corinthians 15:51; I Thessalonians 4:13; and Hebrews 9:28.  All of these verses speak of events limited to believers only; no unsaved persons are involved at all.

One may discover three distinct particulars in regard to the appearing of our Lord Jesus Christ for his church.  The first of these particulars is expectancy.  Among several passages, one could list both Acts 1:7 and I Thessalonians 1:9&10 to state that believers in the first century expected his appearing, that is, they looked for him to return for them.  Interestingly, the cited verse from I Thessalonians uses two present infinitives:  to serve and to wait.  That congregation was both serving and waiting for Christ from heaven during their earthly lifetimes.  On the final night of his earthly ministry, Jesus Christ told his bewildered disciples, “I will come again, and receive you unto myself” (John 14:3).  Whereas he did not reveal the special appearing−that mystery being revealed to Paul decades later−he did “hint” at it.  Because no passage of Scripture gives signs or tokens regarding the appearing of Christ for his church, saints are wise to expect Christ, not expect some other event prior.

The second particular is instantaneity.  Both I Corinthians 15:52 and I Thessalonians 4:17 address the suddenness with which our Lord will take his saints.  The words caught up mean “snatch suddenly.”  The phrase in the twinkling of an eye has been calculated as but a fraction of a second.  The Lord’s words to John, “Behold, I come quickly” (Revelation 3:11; 22:7 and 12) and “Surely I come quickly” (Revelation 22:20) do not mean quickly in the sense of right away but quickly in the sense of instantaneous occurrence.  When Jesus Christ appears for his church, that appearing will be but for a moment at the last trump of assembly.

As an aside, some are confused by the phrase “at the last trump” because of the seven trumpets that are blown partway through the seven-year tribulation period (Revelation 8:7, 8, 10, 12; 9:1, 13; 11:15).  It must be remembered that the silver trumpets fashioned in Numbers 10 were distinctive in their sound whether they were trumpets of alarm, assembly, or appreciation.  The last trump mentioned in I Corinthians 15:52 is the final trumpet of assembly; henceforth and forever afterward, the church will be assembled in the presence of Christ and will nevermore require summons. Third in this list of particulars is imminency.  John 21:21-23 in no way taught first-century saints to wait until John died before they could expect Christ might return.  This was a rumor that circulated, not a truth that Christ taught.  Scripture is absolutely devoid of any direct statement to the church of events that must occur prior to the coming of Jesus Christ for his church.  Several passages speak of events that must occur prior to the coming of Jesus Christ to redeem lost Israel.  When those passages about the redemption of Israel are interpreted as if they applied to the rapture of the church (that is already redeemed), confusion results.  Jesus Christ’s coming for his church is an imminent event, possible at any moment.