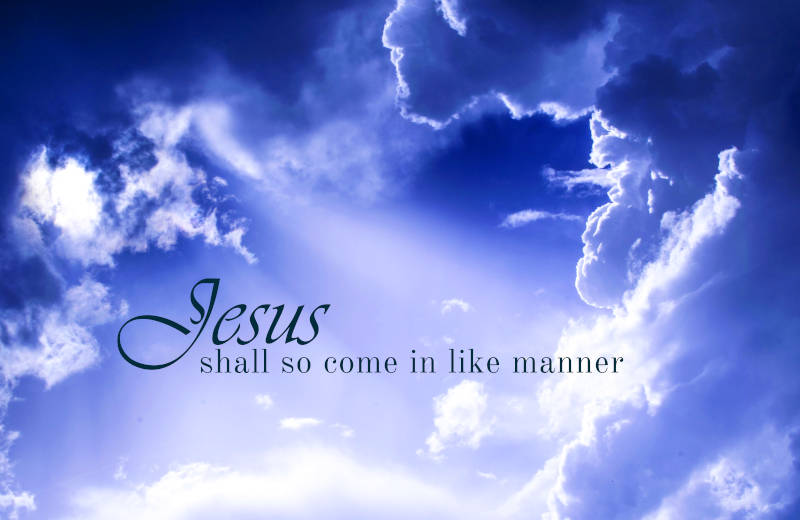 Promises Regarding the Appearing of Jesus Christ for His Church

Without doubt, the Old Testament prophets predicted the general truth of both the first and the second comings of the Lord Jesus Christ.  Because both comings were at that time yet future, the prophets delivered the messages without wholly understanding them.  A comparison of Daniel 7:28 and 8:27 with such verses as Matthew 13:17 and I Peter 1:11 will make obvious that, while prophecies were uttered and boldly declared, the comprehension was clouded.  Key prophetic passages such as Isaiah 63; Jeremiah 30; Daniel 9:26&27 and 11:36-45; Joel 2; Amos 5:16-20; and Zechariah 12 all address what is now commonly referred to as the seven-year tribulation period.  Other key prophetic passages such as Isaiah 12, 35, 52, 60-62, and 66; Jeremiah 23, 31, and 33; Ezekiel 40-48; Daniel 7:9-14; Hosea 1:10&11 and 3:1-5; Micah 4 & 5; and Zechariah 13 & 14 all speak of what is now commonly referred to the thousand-year millennium or reign of Christ upon earth.  What the prophets grasped was minimal.  The concept that hindsight is 20/20 is true here.

Again, the New Testament gospel accounts, written to record the first coming of the Lord Jesus Christ, also predicted general truths of the second coming of the Lord Jesus Christ.  The Olivet Discourse given in Matthew 24, Mark 13, and Luke 21 along with several allusions in Christ’s very words to reward, retribution, and reign all point to his second coming.  However, all his teachings stop short of revealing what saints have called the rapture, the appearing of the resurrected Jesus Christ for his church.

Following the resurrection, ascension, and Day of Pentecost, God spoke to the apostles.  In what is often called “progressive revelation,” God then gave the full expression of his revelation in order to complete the Scriptures.  During the first century A.D., God completed what we call the Bible, the sixty-six books of Scripture from Genesis to Revelation.

To Paul the apostle were given several details of the second coming of the Lord Jesus Christ that were additional to all previously-given details.  Paul was the apostle to whom the prophecy of the firstfruits resurrection was given:  I Corinthians 15:23 and 45 and Romans 6:4-10.  To Paul the apostle was also given the prophecy of the separate resurrections in order.  These resurrections are Christ first, then the believers, and then the unbelievers:  I Corinthians 15:23, 46-54; Philippians 3:20&21; and I Thessalonians 4:13-18.  Later in Revelation 20:5&6, John the apostle agreed with Paul.  Also to Paul, as seen in these passages, was given the revelation of the mystery of what is known as the rapture of the church.

At this point, it is necessary to address the word tribulation as it is used in the Bible because tribulation is both a reality of the Christian life as well as an end-of-the-age, seven-year time period.  An understanding of this word will clear up part of the confusion about the appearing of the Lord Jesus Christ for his church.

Our Lord Jesus Christ himself addressed the ordinary challenges and difficulties that his children would face in a sin-cursed world.  He called them tribulations in Matthew 13:21 and John 16:33.  Beyond the actual words of the Saviour, the New Testament apostles frequently used the word tribulation as a name for the trials and testings of believers residing upon earth:  Luke in Acts 14:22; Paul in Romans 5:3, 8:35, and 12:12; II Corinthians 1:4 and 7:4; Ephesians 3:13; I Thessalonians 3:4; and II Thessalonians 1:4; and John in Revelation 1:9, and 2:9&10.  In each of these portions, the word tribulation(s) clearly refers to events present in the lives of those very saints in those churches during their earthly sojourns.  Using these verses as proof-texts that saints will endure part of the end-of-the age, seven-year judgment upon the world is a twisting of those very verses out of their obvious contexts.  Both Christ and the apostles also used the word tribulation as a name for an end-of-the-age, seven-year time period of worldwide judgment.  Such references include Matthew 24:21&29; Mark 13:24; II Thessalonians 1:6-10; and Revelation 2:22 and 7:14.  Nothing in any of these passages even remotely includes judgment upon believers and unbelievers together.  The gospel accounts of the Olivet Discourse refer to God’s dealings with Israel.  Paul’s words speak of judgment of lost sinners who trouble believers; John’s words speak of saints saved during the tribulation, not saints saved previous to the tribulation.  None of these portions of Scripture force the idea that saints of this age enter into and endure part or all of the end-of-the-age, seven-year tribulation period.