Christ’s Appearing for His Church, Part I 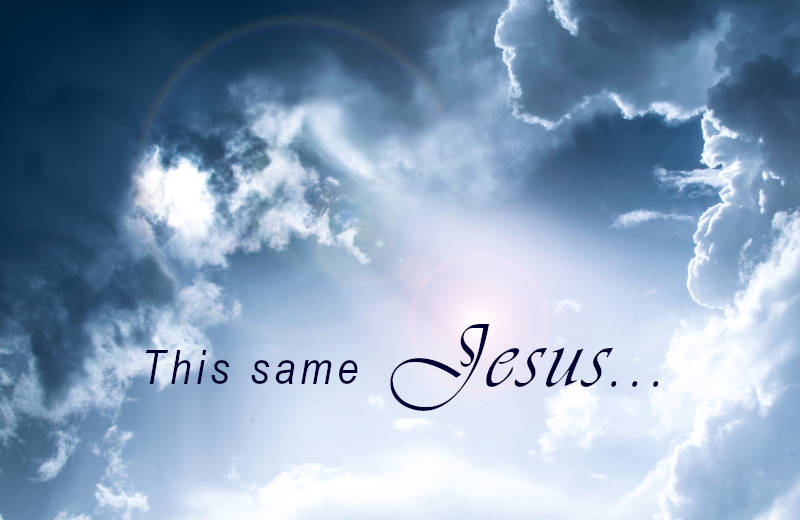 “…Ye men of Galilee, why stand ye gazing up into heaven? This same Jesus, which is taken up from you into heaven, shall so come in like manner as ye have seen him go into heaven” (Acts 1:11).

Positions Regarding the Appearing of Jesus Christ for his Church

Our generation has produced various positions concerning the future events which include the appearing of Christ for his church:  (1) the surreal position in which a figurative, non-literal Jesus Christ appears in vision and intuition; (2) the sentimental position of the social gospel, social justice movement in which a politically-correct Jesus Christ appears to rescue believers from the ravages of racism and war; (3) the sensational position promoted by the circus-act, movie-series influence of society whereby a false jesus christ (lower case j and c) appears and delivers every soul from judgment and rescues even the rejecters of the true Jesus Christ; (4) the suspicious position that believes that Pentecost was the second coming and that Jesus Christ is not actually appearing again for his church; (5) the sewn-together position that insists that events of the appearing of Jesus Christ for his church and events of the coming of Jesus Christ for the nation of Israel are identical;  and (6) the Scriptural position that the same Jesus Christ who arose from the hills of Bethany into the cloud will so come again for his church in like manner as the apostles saw him disappear into the clouds on that glorious ascension day.

Positions #1-#5 of the previous paragraph require glaring contradiction to many passages in the Word of God.  Sadly, itching-ears minds run amok in these abnormal positions, ignoring all the while the accepted standards for interpretation of any given Bible subject.

Secondly, the position of this study acknowledges the mystery declared in 1 Corinthians 15:51 in light of the meaning of a Scriptural mystery taught in Ephesians 3:1-6.  Scriptural mysteries are previously unrevealed truths.  Since the mystery of the appearing of Jesus Christ for his church was given to Paul, Jesus Christ’s teachings in the gospel accounts−specifically the Olivet Discourse−do not reveal the special appearing of Jesus Christ for his church (commonly called the rapture).  Scripture recognizes Paul as the chief New Testament spokesman for the truth of the appearing of Jesus Christ for the church.  Peter corroborates this in II Peter chapter three, a portion that covers many aspects of future events.  Peter concludes that chapter by saying, that “the longsuffering of our Lord is salvation; even as our beloved brother Paul also according to the wisdom given unto him hath written unto you; as also in all his epistles, speaking in them of these things; in which are some things hard to be understood, which they that are unlearned and unstable wrest, as they do also the other scriptures, unto their own destruction” (2 Pet. 3:15, 16).

In the third place, the position of this study realizes that mankind is limited in seeing the future.  Just as the prophets failed to grasp the meaning of their prophecies regarding the future “sufferings of Christ, and the glory that should follow” (1 Peter 1:11), so we may also fail in grasping details of that which is yet unfulfilled.  Portions such as Matthew 17:9-13; Luke 18:31-34 and 24:8; and John 2:22 and 12:16 show that prior to the resurrection and the coming of the Holy Spirit, certain truths were confusing to the apostles.  Truly, one purpose of the coming of the Holy Spirit on the Day of Pentecost was to bring certain of Jesus Christ’s teachings to the apostles’ remembrance and to guide those holy men into the previously unrevealed meanings of those teachings (John 14:26 and 16:13).