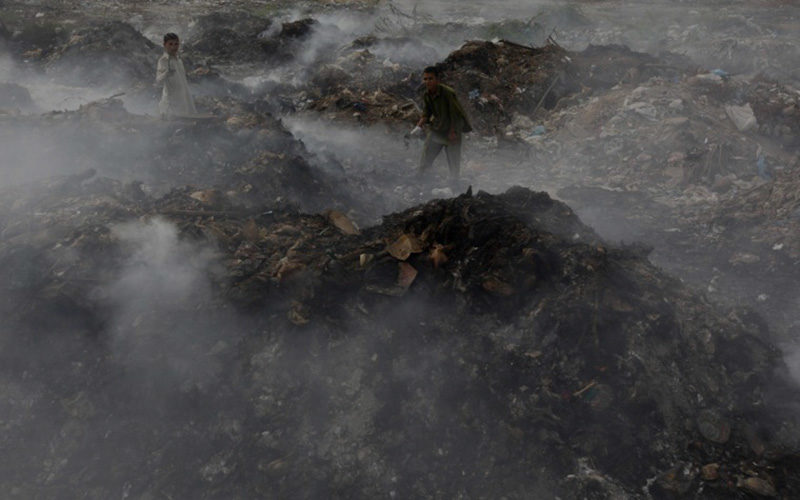 Many people today doubt if hell is a real place. And if hell is real, they reason, there is no angst about going there. Apart from spiritual blindness which causes the unbeliever to regard the gospel as foolishness, there are at least two reasons for dismissing the reality of hell.

First, the nature of hell would seem to invalidate the existence of the Christian God. How could a loving God condemn the creatures He created to a place of never-ending suffering? If God is all-loving, the hell of the Bible cannot be. This perceived contradiction disarms the horrors of hell. How much easier it is for the generally good-natured man or woman to permit a loving, all-powerful being than a place of fiery judgment. Nonetheless, it is difficult to escape the conclusion that God punishes the very worst of evil. Therefore, there must be some place of punishment. But if hell is for common people, as the Bible teaches, then it must not be so bad. After all, if most people are going there, who would want to be left behind? Hell may end up being a fun place, a kind of pseudo-heaven for the “I’m not religious” crowd. This exposes the second reason for denying the reality of hell.

Second, people deny the reality of hell because they do not understand it. Just as many are sadly turned away from the glory of heaven by the notion of a mundane existence drifting on clouds and strumming harps, so they are drawn to the fanciful idea that hell will be a fusion of all the dark places on earth where men would retreat to unleash their brutish tendencies. Think of an amalgamation of red-light districts, back-yard parties, pagan festivals, rock concerts, mosh pits, dark alleyways and so-on, as if all the wicked imaginations and pleasures of sin will continue in the afterlife. A woman who, with a smile on her face, admits her desire to go to hell has never come to grips with the horrors of the real hell. Every rational person, given a brief glimpse, would fall terrified and prostrate before Christ and beg for salvation. “I pray thee therefore, father, that thou wouldest send [Lazarus] to my father’s house…lest they also come into this place of torment,” cried the former rich man (Luke 16:27-28). Hell-deniers are comfortable in their willful and woeful ignorance. They need to catch a glimpse of hell.

Currently, hell is a temporary holding cell for the damned who are awaiting their final sentence. In Bible times it was known by the Hebrew sheol and by the Greek hades and gehenna. Gehenna especially denotes judgment, and particularly the future judgment. Jesus and the prophets sufficiently revealed the nature of hell that any informed person would dread the very possibility of it being their final lot. In particular, we have two biblical illustrations of this flaming abyss. Gehenna provides a powerful word picture and the Old Testament account of the destruction of the cities of Sodom and Gomorrah foreshadows the real hell.

The word gehenna comes from Aramaic, meaning Valley of Hinnom. It was a ravine on the southwestern slope of Jerusalem. Beginning with King Solomon and continuing with later kings, the valley was used for idolatry, eventually including the abhorrent ritual of child sacrifice (2 Chronicles 28:1-3). During the reforms of Josiah, the righteous king defiled the idolatrous places in the valley (2 Kings 23:10). By the time of the prophet Jeremiah, the valley came to be associated with God’s wrath and judgment (Jeremiah 7:32; 19:6). As a result of the defilement and its appalling history, the valley became a place of dumping and incineration of Jerusalem’s garbage. When Jesus spoke of “hell fire” in Matthew 18:9 or of being cast “into hell, into the fire that never shall be quenched” in Mark 9:45, the image that surely would have been conjured up in the minds of the Jewish people would have been the smoldering pile of refuse just over the southern wall.

Let your mind dwell on what it might be like to spend any length of time in a wasteland of burning trash. If hell is a difficult place to understand, or if it possesses for you a lurid draw, then think of being near an earthly burn pit or dump. Skin and flesh are constantly burning from the flames that leap up randomly from the sea of black debris. The searing heat has no cooking effect to end suffering as it would for earthly flesh, for the worm never dies in hell. In spite of intense flames, there is no sun to lighten the gloom. Thick, toxic smoke fills the air. Oxygen is sorely deficient and breathing is laborious, but inefficient. The throat is dry and irritated. Ceaseless, uncontrolled coughing torments the throat and lungs. Water is a memory from the other life. Irritated eyes are red and swollen from smoke, pain, and from tears of regret and hopelessness. Carcinogens are no worry, for death does not exist in hell. Hell is the place of true death.

While a rubbish wasteland furnishes an earthly portrayal of hell, Scripture gives a vivid image in the account of the brimstone and fire that rained down on Sodom and Gomorrah. Over thirty-five hundred years ago, the Lord overthrew the cities for their wickedness (Genesis 19:24; Luke 17:29). He could have destroyed them with a plague, by sword, or by any number of disasters. But God chose to use a shower of fiery sulfur as the means of destruction. The cities would become the objects of comparison in Scripture for wicked behavior and for ultimate punishment (Ezekiel 16:49; Amos 4:11). The term “sodomite,” at least since the time of Moses, has meant only one thing. There can be no coincidence that sodomy in Romans 1 is the end of a depraved mind (Romans 1:24) while a storm of fire is the judgment for the end of depravity in history. Jude points to the destruction of Sodom and Gomorrah as examples for all who follow after:

Even as Sodom and Gomorrha, and the cities about them, in like manner giving themselves over to fornication, and going after strange flesh, are set forth for an example, suffering the vengeance of eternal fire. (Jude 7; see also 2 Peter 2:6)

If there is any doubt about what hell is like, consider the horrible fear and pain for the inhabitants of the doomed cities as they were turned to burning ash. The excavation of the ancient Roman city of Pompeii continues to supply grisly pictures of men, women, children, and animals who were buried alive in volcanic ash. A dog lies in a contorted position. A man crouches in a corner in fear. A mother tries to shield her young daughter. The elderly man covers his face in terror as he has no strength and no place to run. You can almost see the terror in their eyes. Many are burned alive before they ever know their demise.  Every person suffers the same fate. No part of the city is left untouched by the devastation. Life has come to a dramatic and violent end. And yet these terrible incidences in human history give only a veiled glimpse of the nature of eternal hell.

Jesus – kind, loving, gentle Jesus – warned of the terrors of hell. The life of every disabled person who struggles to live with some malformation or injury is incomparably better than the best life lived in hell (Matthew 5:29). A murderer’s cruel violence is nothing in comparison to the fear and pain that the Judge of all the earth is able to inflict on your body and soul in the fires of hell (Matthew 10:28). God wants everyone to know about hell. The warnings are clear. Hell is real. Do what whatever it takes. Avoid hell at any cost!

Jesus Christ is the only salvation from hell (Acts 4:12). He is the only way to eternal life (John 14:6). The same Lord who stood with arms outstretched, weeping over an unrepentant Jerusalem, is pleading and waiting now (Matthew 23:37; 2 Peter 3:9). He patiently offers you forgiveness if you will cry out to Him in repentance. The precious blood of Christ shed on Calvary’s tree will cleanse your heart of all sin, reconcile you to God, and make you fit for eternity in heaven (Romans 5:9). Don’t be a fool about hell. The cost is great, unspeakable loss. Call upon the name of the Lord and be saved (Romans 10:13).

There is a fountain filled with blood
Drawn from Immanuel’s veins
And sinners, plunged beneath that flood,
Lose all their guilty stains.
(William Cowper) 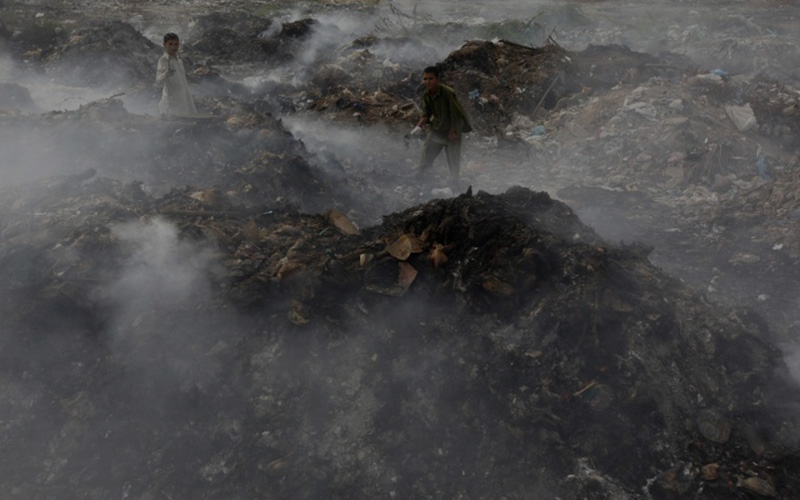 Praising the Lord for your commitment to spread God’s word in a way that’s understandable and factual! Your family is a blessing to us!!

Thank you Ann! It’s a joy and blessing to be in ministry. May eyes be opened and may the Lord be praised!