Four Hundred Fifty To One 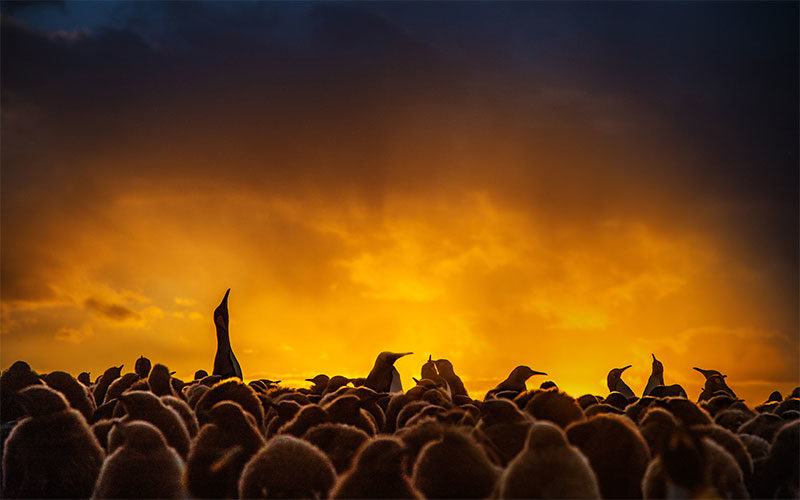 Odds and chances are concepts common to our current culture of gambling. Polling data and probability statistics are equally common to our present politics. Words such as likelihood have found usage even in the conversations of believers.

I. REALITY of FOUR HUNDRED FIFTY to ONE

Believers in our day face insurmountable “odds” and “slim” chances. While there are thousands of good churches in the United States and hundreds of faithful believers in many towns and cities, individual Christians often find themselves so outnumbered among family and co-workers that they are tempted to say with Elijah, “I, even I only, remain.”

II. REASON for FOUR HUNDRED FIFTY to ONE

What is the cause for the gap between the multitudes of the world and the congregations of the Lord? No one message could adequately answer such a query, but some reasons include apathy, ignorance, and even wickedness. In Elijah’s day, Ahab and Jezebel had introduced Baal worship to the Hebrew people of the northern ten tribes. A quick read of I Kings 18 reveals that the Israelite people were apathetic. They answered Elijah not a word when he confronted them. They were ignorant as well, not connecting the drought and famine to their idolatry. Finally, the populace was wicked, refusing to follow the righteous principles of God’s word given them since the days of Moses.

III. RESPONSES to FOUR HUNDRED FIFTY to ONE

What responses are spiritually appropriate in such circumstances? How should outnumbered saints approach the four hundred fifty in experiences? Again, one message cannot sufficiently answer such a broad question. Perhaps the following suggestions can be of benefit to those who find themselves alone on Mt. Carmel.

A. Use Spiritual Logic

Logic can be mathematical or scientific and possess no moral or spiritual quality. However, the Christian in the post-modern world of Western paganism must learn to use spiritual logic.

On the issue of protection, believers find themselves opposed by the four hundred fifty. Again, a smidgen of spiritual logic will stop the mouths of these lions. Liberals—political, educational, or social—accuse the independent Baptists of sheltering their children and followers from “reality.” However, comparison of the total population of all the independent Baptist churches with the total population of all the liberal universities and social organizations will reveal the
450:1 outnumbering that saints encounter every day. Walk onto a campus or into a meeting of socialist community leaders and begin to speak conservatism, and watch to see who does the sheltering. The liberals will disrupt, threaten, malign, and otherwise engage in atrocious behavior to ensure that no conservative position can be presented, to say nothing of being sensibly considered or equitably debated. So who is sheltering his followers after all? It is not
the independent Baptists who open their churches every week to the public regardless of persuasion or position? And is it not the mainstream that limits free speech by calling it hate speech? In all reality, the only plausible explanation in the fierce political and social climate of the twenty-first century is that free speech is disagreement with a conservative and hate speech is disagreement with a liberal. The spiritually logical person realizes that one cannot
allow free speech for only one side without both sides halting between the opinions.

B. Use Spiritual Leverage

After using spiritual logic by calling Israel to a self-examination to which “the people answered him not a word (I Kings 18:21), Elijah resorted to spiritual leverage. He proposed a win-win for Jehovah God which was in turn a lose-lose for Baal. In employing spiritual leverage, it is wise to arrange a situation in which it is impossible for God to lose. New Testament saints know that “If we believe not, yet he abideth faithful: he cannot deny himself” (II Timothy 2:12, 13).

While it is doubtful that one may find himself on a literal Mt. Carmel with literal prophets of Baal and a literal sacrifice being licked up by God’s fire from the bottom up, it is far less doubtful that God’s children in the twenty-first century will find themselves in situations where God cannot lose. He cannot lose where he has promised to win. The attitude of Daniel’s friends Hananiah, Mishael, and Azariah is the attitude of any outnumbered believer. (By the way, those three were outnumbered by far greater number than 450 to 1.) That attitude is that God is can deliver and will deliver one way or another. He may deliver through fire, out of fire, or from fire, but he will deliver.

Elijah proposed a “sacrifice contest.” In this contest, he knew the prophets of Baal would never be answered. He also knew that God would answer to save his own name. Though of like passions with the rest of us, he rested on the truth and trusted that God would defend himself in the face of such faith. Elijah’s faith here resembled Ezra’s faith when he trusted in God’s physical safety in the journey to Jerusalem with treasures of silver and gold for the new temple.
In Ezra’s own words, “I was ashamed to require of the king a band of soldiers and horsemen to help us against the enemy in the way: because we had spoken unto the king, saying, The hand of our God is upon all them for good that seek him; but his power and his wrath is against all them that forsake him” (Ezra 8:22).

In 450:1 instances where the child of God faces apparent defeat, demise, diminishment, and doom, how amazing it is when that one speaks up and says, “God is able.” It is tempting God to ask if he can furnish a table in the wilderness (Psalm 78:19). It is assumption that God’s hand is waxed short to ask if he can feed Israel in the wilderness without slaying the flocks and herds or gathering all the fish of the sea (Numbers 11:22). God surely watches and waits for one on whose behalf he can show himself strong, and that one is often the one who confidently tells those around him that he is trusting God.

The spiritual labor is prayer. In our cited chapter, Elijah prayed in verses 36 & 37. The fire of God fell and consumed the sacrifice from the bottom up, licking up water, dust, wood, bullock, all! A quick examination of his intercession reveals that it was brief, bold begging. “Hear me, O LORD, hear me” he cried as he implored Jehovah to answer by fire and revive Israel!

In the example of Ezra, he recorded that he fasted and prayed in Ezra 8:23. Beginning at the beginning of Scripture record, examples abound of individuals and groups praying and experiencing divine interventions. Moses prayed and God put him into the cleft of the rock to see God’s back part glory. Samuel prayed, and thunder and rain came in the harvest. David prayed, and Saul was confounded. Hezekiah and Isaiah prayed, and Sennacherib’s army gasped its last outside the gates of Jerusalem. Daniel prayed and he was delivered from Nebuchadnezzar’s plan to destroy the wise men of Babylon. Peter prayed and Dorcas arose. Paul prayed and a visionary man of Macedonia led him to evangelize what is now Europe.