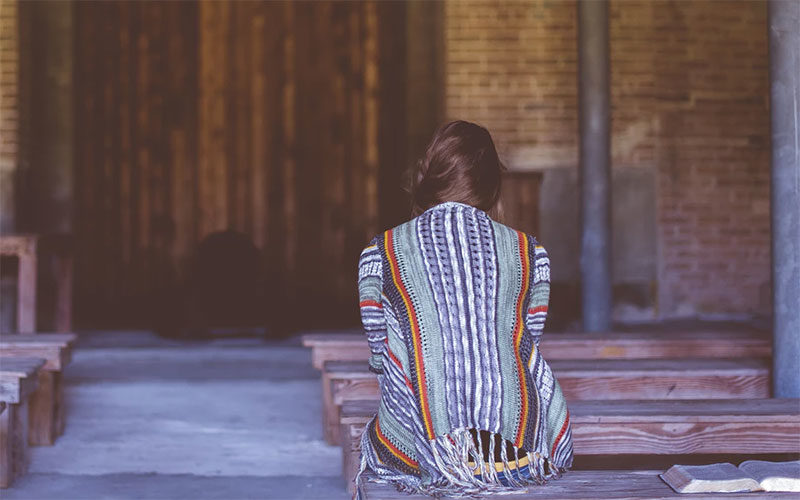 Hannah stands spiritually above her contemporaries and counterparts even as Saul stood physically head and shoulders above the people of his day. Her quality of spirituality is both commendable and unusual. She demonstrated in her everyday life better Christian character than some people put on for the moments when they seek to impress others.

No record exists of Hannah’s seeking vengeance against Peninnah. The entire account of relations between these two wives of Elkanah depicts Peninnah as a carping tormenter and Hannah as a quiet sufferer. Although it still would have been cruel, it would have at least been understandable had Peninnah mocked Hannah for something that was Hannah’s fault. However, this was not the case at all, for “the LORD has shut up her womb” (v.5). Obvious from Samuel’s account is the fact that Hannah was thus limited by divine fiat. God had chosen this burden for Hannah for reasons he had not yet disclosed to her.

Not even Elkanah knew God’s purposes. His desire was to be a nurturing, tenderhearted husband, as is revealed in his giving to Hannah “a worthy portion; for he loved Hannah”; and in his tender words, “Why weapest thou? and why eatest thou not? and why is thy heart grieved? am not I better to thee than ten sons?” (I Samuel 1:5, 8). Though not provable from the text, a conclusion that does no injustice to the text is that Elkanah married Hannah, and only after
discovering her barrenness did he marry Peninnah. This action, reminiscent of Abraham’s union with Hagar, brought about misery for Hannah.

In all this, Hannah never stooped to a vengeful, bitter, envious, or jealous spirit against Peninnah, but forgave her. Forgiveness of small and petty things comes hard for most of us. Forgiveness of such deep and cutting wounds as Peninnah inflicted upon Hannah is both commendable and unusual.

Perhaps no discipline of one’s faithfulness is more difficult than the deferred hope of long-unanswered prayer. Mrs. Ophelia G. Adams captured in timeless poetry what Hannah of old and what many before her and after her have thought.

Unanswered yet? The prayer your lips have pleaded
In agony of heart these many years?
Does faith begin to fail, is hope departing,
And think you all in vain those falling tears?
Say not the Father hath not heard your prayer;
You shall have your desire sometime, somewhere.

Unanswered yet? Tho’ when you first presented
This one petition at the Father’s throne,
It seemed you could not wait the time of asking,
So urgent was your heart to make it known.

Tho’ years have passed since then, do not despair;
The Lord will answer you sometime, somewhere.

Unanswered yet? Nay, do not say ungranted;
Perhaps your part is not yet wholly done;
The work began when first your prayer was uttered,
And God will finish what he has begun.
If you will keep the incense burning there,
His glory you will see sometime, somewhere.

Unanswered yet? Faith cannot be unanswered;
Her feet were firmly planted on the Rock;
Amid the wildest storm prayer stands undaunted,
Nor quails before the loudest thunder shock.
She knows Omnipotence had heard her prayer,
And cries, It shall be dome, sometime, somewhere.

Hannah prayed pointed prayers, spoke specific supplications, repeated righteous requests. Her quiet time with her God was not punctuated by self-importance, self-indulgence, or self-dependence. Rather, she pled and begged and cried to God for his divine work and waited in faithful faith until he performed what he was well able to do.

Hannah never stooped to a quitting, petty, quarrel-some, ungrateful spirit against God but endured with his dealings. Faithfulness to God when failing to receive answers to insignificant and paltry prayers comes hard for most of us. Faithfulness to God when one’s most urgent and important request goes long unanswered is both commendable and unusual.

Hannah was strong regardless of the spiritual corruption of her spiritual leaders. Eli was permissive; his sons Hophni and Phinehas, perverted. Eli was presumptuous (assuming Hannah to be drunken); his sons, powerless. Common it is for believers to find fault in their spiritual leaders and use those faults as reason for retreat into unspiritual reasoning and ineffective living, and for froward and disobedient lives.

Admittedly, it is a challenge to rise higher than one’s leaders. However, Hannah would neither be first nor last in a long line of named and unnamed souls who rose to great heights in spite of their spiritual environments and examples. Jabez did it. Ruth did it. Jephthah did it. Abigail did it. Josiah did it. Leah did it. “And what shall I more say?” (Hebrews 11:32).

Regardless of the iniquities and sins of those who waited on the tabernacle, Hannah’s spine remained straight; her resolve, firm. Never once did she stoop to an excuse-making, self-justifying spirit. Nowhere does Scripture indicate that she bent to wayward, wanton wickedness or weakness. Hannah exhibited commendable and unusual spiritual fortitude in a day of spiritual declension and decay.

While this may seem to be an unnecessary proclamation of the obvious, it is a necessary proclamation of what has become objectionable and obnoxious to our culture. Recently, a cyber-rage was incited over a quote on a public school wall. The quote—“The more you act like a lady, the more he’ll act like a gentleman.”—has been censured by a plethora of ranting liberals as “sexist,” “misogynistic,” “discriminatory,” and “stereotypical”; furthermore,
this quotation has been blamed for “shaming women” and “relinquishing boys of responsibility.” To set the record straight, this editor has long preached and taught that responsibility for pure moral choices rests in both genders. What is so shocking is that the liberal left is blinded by all their “agenderism,” “bigenderism,” “nongenderism,” “pangenderism,” and “transgenderism” to the extent that they cannot yield even twenty square feet of public school space to a quote that disagrees with their sordid philosophy. So much for the tolerance they supposedly represent. Back to Hannah…

Hannah was feminine. She was not ashamed of her gender of birth or of her role in marriage or of her duty in society, to say nothing of her obligations to her faith. She accepted her feminine role as God-given and God-blessed. She made a vow, knowing that the law (Numbers 30) allowed her husband to either confirm or negate that vow. After making her vow to give her yet-unconceived, yet-unborn son to God for his entire life, she kept her vow. How difficult it
must have been to see Peninnah surrounded by all her children running into and out of the house, sitting around the dinner table, clamoring for their mother’s tender favor, growing up under her watchful gaze, realizing all the while that her son would be born, weaned, and given away to the service of God.

Once Samuel was conceived and born, Elkanah went up to the feast but Hannah remained at home because her boy was not weaned. Elkanah reminded Hannah of her vow: “Do what seemeth thee good; tarry until thou have weaned him; only the LORD establish his word” (I Samuel 1:23). Obviously, Elkanah had confirmed her vow when he had heard it; now he brought Hannah face to face with the absolute requirement that fidelity to her feminine role
required her to keep it. Because he had confirmed it, she could not ignore it. In a day when “every man did that which was right in his own eyes” (Judges 21:25), Hannah kept her vow and did that which was right for a woman under the law to do in God’s eyes.

No indication, hint, or shred of Scripture evidence can be cited to point to Hannah’s stooping to a manipulative effort to weasel out of her words or wiggle out of her husband’s warning. Rather, the record is that she took Samuel “with three bullocks, and one ephah of flour, and a bottle of wine, and brought him unto the house of the LORD in Shiloh; and the child was young” (I Samuel 1:24). Hannah manifested a commendable and unusual fidelity to her feminine role when few, if any, would have faulted her for keeping her young son at home.

Never mentioned by name anywhere other than the first two chapters of I Samuel, she finished with a festive thanksgiving Psalm that was five times longer than her prayer. Of the commendable and unusual characteristics of Hannah, perhaps this is the most stark: she finished with gratitude, and lots of it.

Dear Reader, consider the commendable, unusual character traits of Hannah. Bend the knee and bow the heart, and ask God to reproduce them in you. 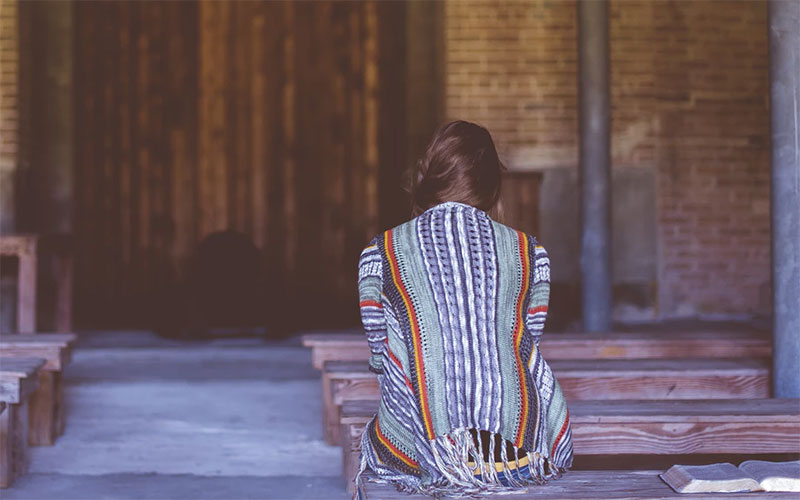