The #1 Way to Mishandle the Word of God 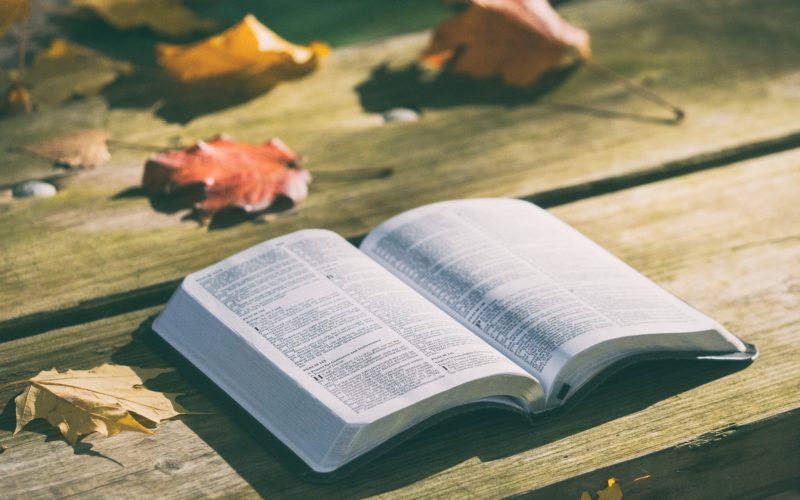 Perhaps one of the saddest trends in the church writ large is the misuse of Scripture to justify means apart from the intended truth of the text.

Sadly, independent Baptist pastors and churches are no exception to this rule. The problem is easily fixed; however, it takes awareness, accountability, and acceptance of God’s truth in order to fix it.

And in my experience, preachers who have become comfortable and complacent are unwilling to recognize the problem (awareness), informed church members are afraid to approach the pastor and deal with the problem (accountability), and many Christians are afraid of challenging long-held beliefs and admitting that a passage might mean something different than they’ve always thought (acceptance).

Have you spotted the real problem yet?

The number one way to mishandle the Word of God is to take the Scriptures out of context.

Briefly, here are three consequences of mishandling the Word of God by taking Scriptures out of their context:

When we sacrifice the true meaning of a passage by offering our own, we do worse than promulgate wrong ideas to our audiences. We change the meaning of the very preserved words of God.

Pastor and author Dr. Kenny Kuykendall quotes Robinson in his book Preaching 101, who issues the following warning about taking a passage of Scripture out of context:

“In our eagerness to say something helpful to hurting people, we may end up saying something the Bible doesn’t say at all. We can use the text of Scripture that we feel supports what we want to say without considering the intent of the biblical author or the context of the verses. Those who want to address the felt needs of their people are to be commended for their desire to be relevant. At the same time, there is no greater betrayal of our calling than putting words in God’s mouth.”

More directly, Kuykendall himself warns that “any approach that cannot acquiesce to the contextual parameters of a passage will always, and inevitably, dilute the intended meaning of the Scripture.”

Could it really be that there is “no greater betrayal of our calling than putting words in God’s mouth”? Yes!

This is precisely because ignorance of context destroys the meaning of a passage.

Consider the preacher who uses Jeremiah 29:11 to encourage his audience to steadfastness and longsuffering. Would this man of God be willing to apply the pronouncement of captivity and judgment found in the preceding verse (Jeremiah 29:10) to his congregation as well?

Such is the error of one who mishandles Scripture by violating the context.

Are there truths to be gleaned from this account in Jeremiah? Of course! After all, “whatsoever things were written aforetime were written for our learning, that we through patience and comfort of the scriptures might have hope” (Romans 15:4). But by ripping this Scripture out of its context in an irresponsible soundbyte, the preacher (even if well-meaning) puts words in the mouth of God that he did not intend and teaches his people that a careless, apathetic approach to Scripture is normative and acceptable.

My pastor (Dr. Allen Barker) often makes the point that Scripture has both an interpretation and an application. This is certainly true as far as it goes.

However, we must realize that proper spiritual application can only be made upon the appropriate interpretation of the passage.

Allow me to draw a parallel.

I spend a lot of time writing and podcasting about young age creationism. A common claim of seminarians today is that the early chapters of Genesis are open to a wide variety of interpretations. At least one of these teaches that most of the events therein never even happened!

But how can this be so?

How can we understand original sin if there was no Adam? Upon what foundation do we base our doctrine of marriage if there was no Eve? How can we take Jesus seriously when he refers to the story of Noah (see Matthew 24) if Noah never even lived? If Moses did not write the Pentateuch, why is he important, and how can we trust the books he is claimed to have written?

This illustrates the problem clearly. When you dislodge truth from its historical foundation, you end up with fallible, untrustworthy doctrine. The same is true when you dislodge spiritual application from the correct exegetical and historical interpretation.

That is, if we’re to really know and apply the Scriptures to our lives, we must be sure to understand them–to the best of our ability–according to their proper interpretation.

So while our ambitious preacher could not use Jeremiah 29:11 as though it were a promise to every believer, he could use it to communicate the faithfulness of God towards his chosen people, even after God has chastened them.

Kuykendall offers a final maxim for every minister of the gospel:

“If the expositor is to “rightly divide” the Word of truth he must have a clear understanding of what the text says and means.  Such comprehension is more than intellectual consent; it requires spiritual discernment.”

And we quickly find where the rubber meets the road. It is the preacher’s call to expound and exposit the very Word of God week in, and week out. This is especially true of the pastor whom God has entrusted with a congregation.

But for the preacher who relegates what “thus saith the Lord” to a position below that of his “opinions…preferences…and viewpoints” (per Kuykendall), what is to be thought of his calling, anyway? Surely he is failing–each and every week–to perform the task to which God has called him!

While I do not necessarily believe that God requires an expository disposition towards Scripture each and every week, I strongly believe that such an approach guards carefully against the arbitrary personal and political whims of the pastor, and instead allows God to direct the message for the hour.

When a pastor and his people are committed to an expository approach, the church can grow with nothing but the primacy of the Scriptures in mind. It’s important the church cultivate a love for the Scriptures over and above the style of a particular preacher.

As the voices of one of my favorite podcasts (Preach the Word!) have arranged for in their own churches, should something unfortunate happen to the pastor, the next man of God should able to pick up where he left off–next chapter, next verse!

In addition, this style of preaching often breeds a natural commitment to methodical study. The expository preacher will often work painstakingly to draw out the intended meaning of the text before him, which means he will likely preach the appropriate message, and avoid being deterred by a lack of context.

Allow me to close with the words of D. Martin Lloyd Jones, the great 20th century Scottish preacher:

“The big difference…between a lecture and a sermon is that a sermon does not start with a subject; a sermon should always be expository. In a sermon the theme or the doctrine is something that arises out of the text and its context, it is something which is illustrated by that text and context.”

Want to treat the Word of God with the utmost respect, reverence, and relevance? Here are three steps:

Only with the above in practice will the preacher be able to free himself from the chains of misused context. And since missing context is ultimately the number one way to mishandle the Word of God, I can think of little-to-nothing more important than getting this right.