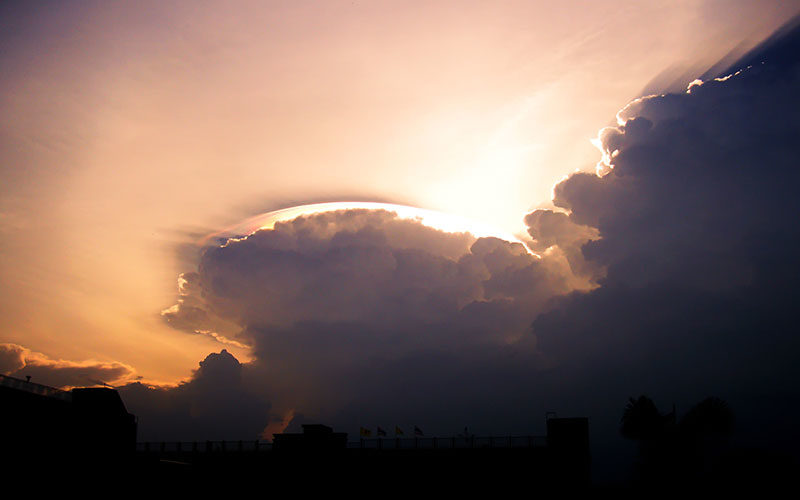 “…this same Jesus, which is taken up from you into heaven, shall so come in like manner
as ye have seen him go into heaven” (Act 1:11).

A beloved southern gospel song starts with the words “Jesus is coming soon…” While no one knows how soon, all who read and believe Scripture know he is coming again. He said to his disciples the night prior to his crucifixion, “I will come again.”

Many erroneous views of his coming exist. Some embrace the sentimental view that the saints live in a dream, the end of which has Jesus coming some mysterious day to whisk them off to a heavenly Neverland where all their troubles will be over. Some prefer the sensational view in which the blessed hope of the church is turned into some sort of spiritualized circus act. Still others follow the surreal view that the second coming is merely figurative, occurring spontaneously and mystically whenever one prays or meditates. Yet others follow the simultaneous view which states that the second coming was the equivalent of the coming of the Holy Spirit at Pentecost, and that Jesus came again at that moment. What one ought to consider is the Scriptural view.

One important fact in the study of the second coming of Jesus Christ is that both his first and his second coming have several events that comprise a total. The first coming of Jesus Christ near the end of the fourth millennium of man’s occupation of this created planet Earth was comprised partly of prophetic announcements to Zacharias, Mary, Joseph, the shepherds, and the wise men. That first coming also included his birth, presentation in the temple, flight into Egypt, return to Judea, and childhood. His first coming had baptism, public preaching and teaching, transfiguration, miracle-working, and the doing of much good. That first coming ended with trial and suffering, crucifixion and burial; and thanks be to God, resurrection and ascension.

Just as the first appearing of the Lord Jesus Christ upon this planet included several events, so the second will also be made up of a series of events: rapture, tribulation, return to Jerusalem, Armageddon, kingdom, and so forth. Any study of Jesus’ coming again that recognizes the multiplicity of specific events will be a more accurate study than any pursuit of this topic that fails to recognize that all these events are part of a larger one.

Acts 1:11, the chosen text of this article, tells the church that Jesus Christ “shall so come in like manner as ye have seen him go into heaven.” Among other things, that means that aspects of his return will resemble his departure from them after forty days of post-resurrection ministry and ten days prior to Pentecost.

Therefore it is safe to say that one similarity of Jesus’ coming again will be the privacy of it. Scripture does not record Jesus Christ in ministry to the multitudes after he arose from the dead; to the contrary, Acts 1:2-3 reveals that he “shewed himself alive after his passion” “unto the apostles whom he had chosen.” Furthermore, Acts 10:40-41 states, “Him God raised up the third day, and shewed him openly: not to all the people, but unto witnesses chosen before of God, even to us, who did eat and drink with him after rose from the dead.” Having risen out from death, our great Saviour was not a sideshow to the world. He appeared instead to Mary and other women, to Cleopas and his companion, to Peter and John, to the twelve, to James, to five hundred saints gathered in one place, and to Paul. No record exists of his appearing to unsaved souls.

When Jesus comes again, one similarity is his private coming for his church. Just as he left the saints behind, he will come for the saints in what is commonly called the rapture, a name derived from the Latin word rapio meaning “to snatch away,” an apt word  therefore for the sudden departure of the church of the redeemed out of this world “in the twinkling of an eye.” Another name for this is the first resurrection (Revelation 20:5-6), so indicated in I Corinthians 15:23: “Christ the first firstfruits; afterward they that are Christ’s at his coming.” Much confusion is eliminated by this fact alone that the church and the lost world will meet Jesus Christ separately at his second coming.

Another similarity between the his ascension and his coming again is the power of it. Jesus Christ was “declared to be the Son of God with power, according to the Spirit of holiness, by the resurrection of the dead” (Romans 1:4). Second Corinthians 13:4 tells us that Christ “liveth by the power of God”; and Ephesians 1:19-20 addresses “the exceeding greatness of his power to usward who believe, according to the working of his mighty power, which he wrought in Christ when he raised him from the dead.” Philippians 3:10 speaks of “the power of his resurrection,” and Hebrews 7:16 tells of “the power of [his] endless life.”

Small wonder then that II Peter 1:16 mentions “the power and coming of our Lord Jesus Christ.” That power will be a power over Satan’s domain as Jesus Christ himself “descend[s] from heaven with a shout, with the voice of the archangel, and with the trump of God” (I Thessalonians 4:16). The trumpet blast is reminiscent of the Old Testament blowing of trumpets in the days of battle. The shout reminds us of the shout on the seventh day that brought Israel such grand victory at Jericho. Michael the archangel in command of two-thirds of angelic power will overpower the devil who seeks to keep in physical death those whom Jesus purchased with his own blood and redeemed from death!

Again, the power of Jesus’ coming again is power over sin’s domain. Philippians 3:20-21 informs the children of God that “our conversation is in heaven; from whence also we look for the Saviour, the Lord Jesus Christ: who shall change our vile body…” The word vile speaks of stain, of filth, of rot. This is the smear of sin and the smirch of iniquity. While even redeemed man must live on in a sin-cursed world, the second coming of Jesus Christ will be powerful enough to overcome sin altogether, as “this corruptible must put on incorruption” (I Corinthians 15:53).

Again, this is power over death’s domain. First Corinthians 15 is the biblical treatise on the resurrection, and verse 53 informs us that “this mortal must put on immortality.” The power of death is great, but the power of the resurrection is greater. Jesus Christ rose victorious over death such that the prophet and the apostle told of the swallowing up of death along with the final enemy, death, being destroyed. What questions these: “O death, where is thy sting? O grave, where is thy victory?” (verse 55)!

Of course, who can overlook the most obvious similarity between his ascension and his coming, the Person of it? Jesus Christ himself, “this same Jesus,” is coming back. Not an angel. Not an apostle. Not a prophet. Not a seer. Not a man of God. Jesus! The resurrected Lord Jesus Christ, King of kings, and Lord of lords! The glorified Messiah! The faithful witness and the first begotten of the dead and the prince of the kings of the earth! The Alpha and the Omega! The beginning and the end! The one who washed us from our sins in his own blood! The one who  holds the keys of hell and death! Amen and Amen!

In conclusion, some specifics about the second coming for the saints are in order. These specifics conclusively prove the pre-tribulational appearing of Jesus Christ to deliver the church from the seven years of God’s wrath upon Earth at the end of the church age and prior to the millennium.

First, consider what the saints await: (1) “the adoption, to wit, the redemption of our body” (Romans 8:23); (2) “the coming of our Lord Jesus Christ” (I Corinthians 1:7); (3) “his son from heaven” (I Thessalonians 1:10); and (4) “Christ” (II Thessalonians 3:5). The saints’ anticipation is for the Saviour (Philippians 3:20); for the blessed hope (Titus 2:13); for him (Hebrews 9:28); and for the mercy of our Lord Jesus Christ (Jude 21). Never in any New Testament Scripture is the saint individually or the church collectively cited as awaiting the tribulation.

While what saints await is important, it is equally significant what they escape at Jesus’ coming. Luke 21 gives an overview of the coming tribulation. After giving that prophetic insight, Jesus admonishes the saints in the present tense in his day to “watch…and pray always, that [they] may be accounted worthy to escape all these things…and to stand before the Son of man” (verse 36). Such a warning would have been meaningless if the saints could not escape all or part of the tribulation described in the previous verses. Furthermore, it would have been meaningless if it were not possible that Jesus could have returned in their lifetimes. Romans
5:9 and I Thessalonians 5:9 state that the saints shall be saved from wrath and are not appointed to wrath. Revelation 4:1 gives the clarion call “Come up hither,” and from that moment on, the church is mentioned in heaven but never upon earth where wrath is being
poured out.

Finally, the specific of what saints experience at his coming warrants mention as well. Although the passages of I Corinthians 15 and I Thessalonians 4 have already been cited, both of those portions teach that the saints, at Jesus’ second coming, will experience instant resurrection / glorification as well as instant removal from this world. Just as Paul told the Galatians that Jesus Christ “gave himself for our sins, that he might deliver us from this present evil world” (1:4), so shall it be! Glory to God, our Lord and Saviour is coming again. At any moment he may come. His and his apostles’ present-tense statements on the subject prove the imminent
nature of this event on his divine calendar. Let’s be watching and working until he comes. 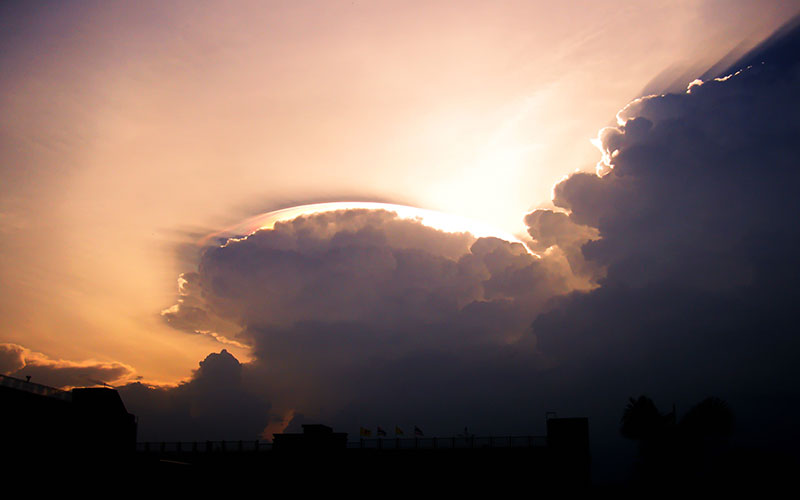 Jesus is Coming Again
No comments