Pie in the Sky or Steak on the Plate: What is Christianity? 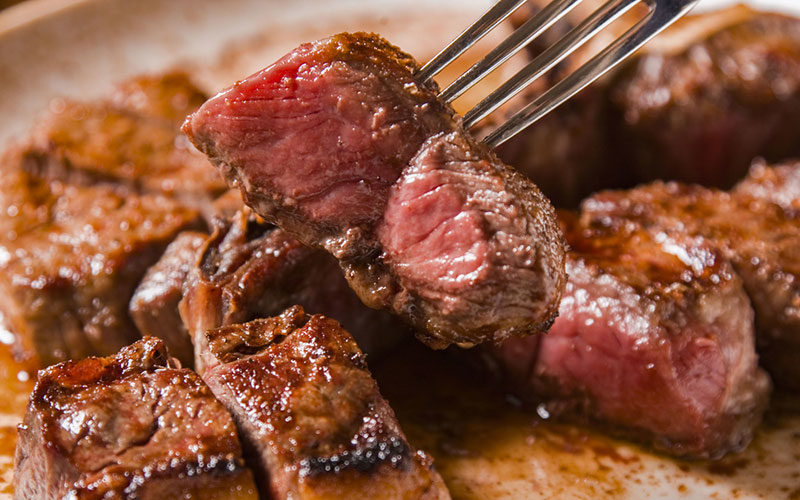 The old preacher once said, “I’m glad for the pie in sky when I die, but I’d like some steak on my plate while I wait!”

Although this is a lighthearted remark, sadly, it is representative of the way a vast number of people understand classical Christianity.

The idea advanced by thinkers of days gone by such as Karl Marx and Sigmund Freud, and often blindly parroted by the New Atheists of today is that Christian belief is irrational, or tantamount to wishful thinking.

Put another way, Christians simply hold on to such “primitive beliefs” because they are afraid of death–the necessary, ultimate end of our people, our world, and our universe.

Although I am sure we’ll speak to this objection throughout this writing, my objective is a bit more broad.

The only thing more tragic than an atheist suggesting this is true of Christianity is a Christian who lives as if it is true.

Yes, it is possible that one can live for eternity in such a way that is harmful to Christianity and heretical with respect to biblical teaching.

We have been promised “everlasting life” with Christ (John 5:24), but one must consider when this life begins! Does it begin at the point of death, or decision?

I would like to answer the question posed in the title. What is Christianity? Is it simply a “pie in the sky” offering, or is there meaning to this life as well?

To answer that question, I’m going to give you what I call the three R’s of Christianity: The Reality, Reason, and Robustness.

1. The Reality of Christianity

“For we have not followed cunningly devised fables,” said the Apostle Peter, “when we made known unto you the power and coming of our Lord Jesus Christ, but were eyewitnesses of his majesty” (2 Peter 1:16).

All throughout God’s revelation to us, we find the writers used evidential language in order to convey that their teaching was not fake, fantasy, or fable, but was grounded in facts about reality.

Many of the Bible’s writers, such as Luke, are celebrated historians whose work has been used to uncover cultural, archaeological, and even geographical truths long before their discovery became common knowledge.

On my blog, I’ve discussed how many scientific discoveries were taught first in God’s Word prior to modern acceptance, and how we have even learned about entire civilizations previously unknown to the modern world.

Taken on their own, none of these assertions prove that Christianity is true. However, they do say something about the nature of the Christian worldview.

Christianity is not a worldview rooted in theoretical reflection, but in true reality.

That is to say that Christianity is an attempt to explain the world the way it really is.

It is based on history. The theology of Christianity is not based on wishful thinking, it is not an attempt to explain forces of nature, and does not speak to spiritual matters in exclusivity.

The gospels, for example, claim that Jesus rose from the dead physically, not spiritually. Claims like this can be investigated, explored, and even historically corroborated or falsified.

I said all of that to say this: Although reality certainly deals with the future, it deals significantly with what happened in the past, and with what is happening right now.

Christianity teaches that when a person gets saved, everything is different. “Old things are passed away; behold, all things are become new” the Apostle Paul tells us.

Our “reasonable service” to Christ is that we “present our bodies a “living sacrifice” (Romans 12:1). This means that we “take up our cross” daily for Him, and live the life now He has called us to.

2. The Reason for Christianity

In a recent conversation, an unbeliever asked me why I don’t believe that invisible fairies are responsible for the world we live in, but do believe that an invisible God is.

While this is a fair question, it fails to take many factors into consideration.

Here are just a few:

Christianity, then, does not aim to be another option on the “religious buffet.” Christ claimed to be a person’s only access to God–the Creator of the universe.
For Christ’s claim to be taken seriously requires some verification–the kind of verification that no other “god” or religious figure had ever (or could ever) have offered.

It’s no secret or surprise that the resurrection of Christ lies at the center of Christian belief. “And if Christ be not raised, your faith is vain,” said the Apostle Paul.

A worldview requires reasons. If you are going to take a position on something–anything–there should be good reasons for doing so. This is rational. When people believe something without reasons, we call them irrational.

Christians have good reasons to believe, even if they believe without evidence.

So, what is Christianity? It’s a worldview that one has good reason(s) to believe is true. It is not the same as believing in invisible fairies or the flying spaghetti monster. Informed critics and skeptics know better than to raise such objections.

That said, folks raise them all the time! Some should know better, others simply don’t, and others still have just been grossly misinformed. To deal with this, learn how to navigate spiritual conversations.

Asking questions and responding in a gracious, biblical manner will drastically improve your ability to show others the truthfulness and reasonableness of the Christian Story.

3. The Robustness of Christianity

Finally, we must not ignore the explanatory power Christianity boasts. There is a tremendous double standard that often rears its ugly head concerning this notion. It appears that, if a scientific theory has much explanatory power, it is lauded as though it is absolute fact.

For some reason, though, this same metric is not generally applied to worldviews–at least, not by their critics.

For example, the Bible mentions (over 40 times, I believe) the idea that God “stretches out the heavens.” In fact, this is first mentioned in Job 9:8, the Book that most biblical scholars believe was written first. In other words, a long time ago.

It was only mid-way through this past century that the fact of an expanding universe was verified by scientists. And while many laud this important discovery as evidence for the Big Bang theory, and while it may in fact support this theory, the point is that God told us about it a very, very long time ago.

Malcolm Muggeridge said, “The depravity of man is at once the most empirically verifiable reality but at the same time the most intellectually resisted fact.” The Christian worldview has much explanatory power in the natural world, but also with respect to the human heart.

We all recognize that something is wrong with the world. Things are broken–they are not how they ought to be. This is an inescapable fact of reality. Suffering, death, guilt–these are axiomatic realities that scream for an explanation.

The Christian worldview provides a perfect framework for understanding these things, and an explanation for our hope that one day, everything will be set right.

Each of these points–Reality, Reason, Robustness–work together. Elements of each bleed over into the others.

No other worldview can hold up this way. Are there difficulties from time to time? Of course. There are and will always be things we cannot understand. Nevertheless, taken as a whole, we have every reason to believe that the picture of reality given to us by God’s Word is accurate.

Conclusion: A Plea to Christians

In conclusion, I want to give this a practical footing to reflect on in our daily experience.

There are many professing Christians who, sadly, live as though this worldview is simply what “works for them” and that it really has no effect on the way one should live. It may be a good framework for living, and there might be something of an “afterlife” to look forward to, but one need not affirm that the Christian Story matches up with real life.

This inevitably leads to a view I call “practical atheism.” And it is dangerous and wholly unbiblical.

I am thankful that I will never have to feel the fire of hell and be punished forever in everlasting rebellion toward God. I am thankful for the “pie in the sky,” if you’ll allow me to use such a superficial term.

But I am also thankful for what my Christian faith means for me now.

It means there is ultimate meaning and purpose to my life. It means that when something feels “wrong” or “unjust”, I am not just acting out on illusory notions created by my “primitive brain.”

It means there is a correct way to live, an explanation for the seemingly inexplicable love I have for my wife and my children, and it means I, made in the image of God, have tremendous intrinsic worth and eternal value.

Most of all, it means I am living with the correct view of reality. It means that I have the genuine love of the same Person who spoke the worlds into existence (Hebrews 1:3). It means my deepest longings and desires are satisfied in Christ. It means that while there may be “pie in the sky when I die,” there is also “steak on my plate while I wait!”

Every ounce of jest aside, the great Christian philosopher and apologist, C.S. Lewis, has characterized this so eloquently: “If I find in myself desires which nothing in this world can satisfy, the only logical explanation is that I was made for another world.”

If you don’t know the God of eternity, there’s no better time than now to get to know Him.

Great article! It’s a good reminder that we can have the abundant life that Jesus talked about right now. And it also calls to attention the fact that what we do now really does matter in eternity. Believers who are living as atheists discount that their actions now will matter when they’re “eating their pie” over yonder. Since we can have steak right now, we are truly missing out when we have a distorted worldview which says we have to settle for rice. As Greg would say, in some way or another, we’ll get burned by reality.