The Bible, Our Sole Authority 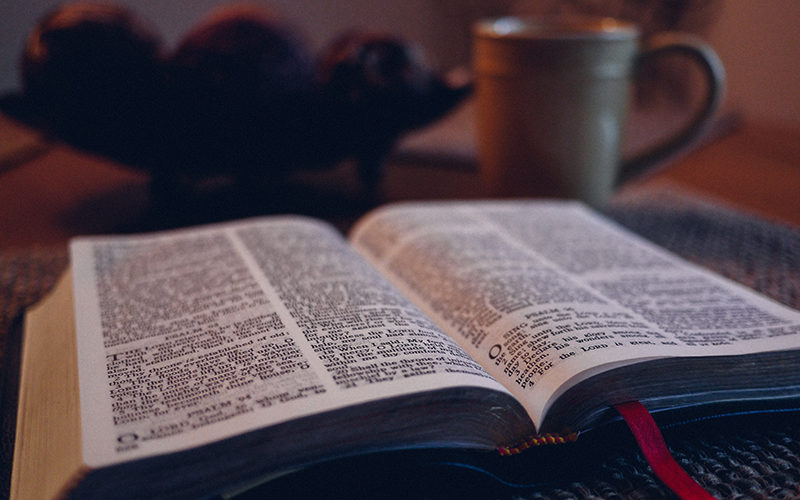 What is a Baptist? As a church-planting missionary in a majority Catholic country, I frequently need to give a brief explanation of what constitutes a Baptist. The answer is quite simple. But as the common saying goes, the devil is in the details. A Baptist is one who accepts the Bible alone as their sole source of authority in matters of faith and practice (2 Timothy 3:16). This single distinctive sets Baptists apart from Roman Catholics, Eastern Orthodox, and parts of Protestantism.

Catholics have upheld two sources of authority since the twelfth century. The Council of Trent (1545-1563) firmly established Scripture and tradition as authoritative in the church. Papal infallibility became church dogma in Vatican I (1869-1870), but was softened somewhat in Vatican II (1962-1965). The latter opened the door to ecumenism and the recognition of revelation wholly apart from Christ or the Christian faith. Today, the Catholic Church claims to be the sole custodian of church tradition, and therefore uniquely qualified to provide the only authoritative context for interpreting Scripture. Even with the modern nuanced view, Rome finds her ultimate authority outside Scripture.

The Eastern Orthodox church accepts multiple sources of authority: Scripture, tradition, and the church. These include the seven ecumenical counsels, church fathers, saints, bishops, divine liturgy, canon laws, icons, hymnography, and architecture. Scripture, which itself is part of tradition, is considered the main criterion for testing truth and error in church tradition. Nevertheless, the grammatical-historical way to interpret Scripture (hermeneutic) is said to be too rationalistic and discounts the Holy Spirit. And since the church preceded and officiated its approval, Scripture draws its authority from the church. As with the Roman Catholic Church, the Orthodox church holds an authority outside of Scripture.

Protestantism largely subordinates tradition to the authority of Scripture. The Reformation was a return, if partial, to Scripture from man-made doctrines and excesses of the Catholic Church. Luther is well-known for his rejection of church tradition because it conflicted with his understanding of justification by faith (sola fide). Though he championed Scripture alone (sola Scriptura), his sola did not mean “solitary.” His reforms were summarized in the slogan, “Back to the Bible, to Augustine and to the church fathers!” Calvin placed the church under the authority of Scripture. It is worth noting that the Magisterial Reformers held to infant baptism due to church tradition and persecuted the Swiss (or Radical) reformers for their conviction of believer’s baptism. In modern times, Protestantism has incorporated tradition to varying degrees as loosely reflected in the liturgy.

Today, fundamentalism and evangelicalism carry the banner sola Scriptura. They follow in the Anabaptist mindset, strengthened by the Enlightenment, of rejecting or minimizing the role of tradition.1

Before the two groups broke apart in the mid-twentieth century, the unified fundamentalists waged war against modernism (a denial of Scriptural authority) by clinging to inspiration and inerrancy as championed by B.B. Warfield and the Princeton Theologians.

But evangelicalism is a big-tent movement, and this is no less true in the matter of sola Scriptura. In fact, the doctrine of inerrancy has undergone two waves of debate since Warfield (1976 and 2005). In the 2004 book Evangelicals and Scripture, a book that claims to represent “a variety of perspectives on interesting developments in an evangelical understanding of God’s Word,” John R. Franke argued that authority is to be found in God’s actions, which are revealed through Scripture, tradition, and even the world, albeit in accordance with Scripture.2

This view is indistinguishable from the Catholic and Eastern Orthodox views. We can be thankful for conservative evangelicals who have debated, defended, and refined a high view of inerrancy and Scriptural authority, even while these problems highlight the dangers of ecumenism and doctrinal latitude within the movement.

Fundamental Baptists are generally unencumbered with debates about inerrancy and Scriptural authority. We uniformly accept, by faith, the Bible as God’s Word. We hold it as our ultimate and final authority over all matters of faith and practice. As a friend of mine likes to say, “God said it. That settles it, whether or not I believe it.” To recognize the Bible as the sole source of authority is the first distinctive of a Baptist. To deny the all-sufficiency of Scripture is to cease to be a Baptist. All other distinctives derive from this doctrine. In support of these facts, let us quote but one prominent Baptist educator, Francis Wayland:

We disavow the authority of man to add to, or take from the teachings of inspiration as they are found in the New Testament. Hence, to a Baptist, all appeals to the Fathers, or to antiquity, or general practice in the early centuries, or in later times, are irrelevant and frivolous. He asks for divine authority as his guide in all matters of religion, and if this be not produced, his answer is, “in vain do ye worship me, teaching for doctrines the commandments of men.”3

2 Timothy 3:15-16 is a key passage that establishes this distinctive. Scripture is said to be “inspired” (theopneustos, “God-breathed”). God is the source of Scripture. While each book has a human author, God superintended them all by inspiration. Peter sheds more light on the human side of the equation: Scripture came not “by the will of man, but holy men of God spake as they were moved by the Holy Ghost” (2 Peter 1:21). God is the author of revelation and the Holy Spirit is the agent of inspiration whereby godly human instruments received and recorded revelation (1 Corinthians 2:10-13). The fact of Scripture’s divine origin yields a profound implication for its authority. Because of inspiration, Scripture is necessarily infallible (without error) and inerrant (incapable of error).

Scripture itself testifies to its own infallibility. Every Word of God is pure (Psalm 12:6; 119:40; Proverbs 30:5). In Psalm 19, God’s Word is “sure,” “right,” “pure,” “clean,” “true,” “righteous,” and “perfect” to the conversion of the soul. God’s law is holy, just and good (Romans 7:12). It is perfect and unchangeable as demonstrated by the perfect fulfillment of prophecy (Matthew 1:22; 2:5; Acts 13:29). Jesus believed every word of the Old Testament (Matthew 5:18). He appealed to it frequently to validate His own authoritative teaching and expressly submitted Himself to its authority (Matthew 4:4). He considered the whole Old Testament to be the Word of God and stated, “The Scripture cannot be broken” (John 10:35). Jesus’ usage and commentary on the Old Testament substantiate the authorship, historicity, canonicity, and authority of most of the Old Testament books. His promises to the disciples ensure the same trustworthiness of their later writings. Jesus declared that the Holy Spirit would lead them into all truth (John 14:26). The apostles believed themselves to be inspired when they spoke and wrote in the name of the Lord (e.g. 1 Corinthians 2:10-13). They therefore considered their word to carry the authority of Christ.

Many who deny sola Scriptura waver or falter on this point. All Scripture is inspired and therefore infallible and inerrant. Thus, Scripture holds a normative authority.

But is Scripture exclusively inerrant, or are there sources of infallible truth outside Scripture? Catholicism and Orthodoxy answer in the affirmative and point primarily to church tradition. While oral tradition was authoritative in the time of the apostles (2 Timothy 2:2; 1 Peter 1:25), tradition was also put in a negative light (Mark 7:5-13; 1 Peter 1:18). Evidently, there were authoritative traditions and vain, empty traditions. What was the dividing characteristic? The former originated from Christ and the apostolic office while the latter were the “commandments of men.” Apostolic authority ended when the apostles died, save for their words preserved in Scripture.

The issue of the sufficiency of Scripture is of supreme importance for the believer and the church, and is accordingly the first and primary Baptist distinctive. It is the difference between following God’s Word and man’s word. Confusion on this issue has caused massive error among the various Christian groups. As Baptists, we firmly hold to the doctrine that Scripture is complete, infallible, and the only means of God’s self-revelation in Jesus Christ for mankind; that Scripture is sufficient for salvation and sanctification; and that every word of man is to be measured by the perfect rule of God’s Word. 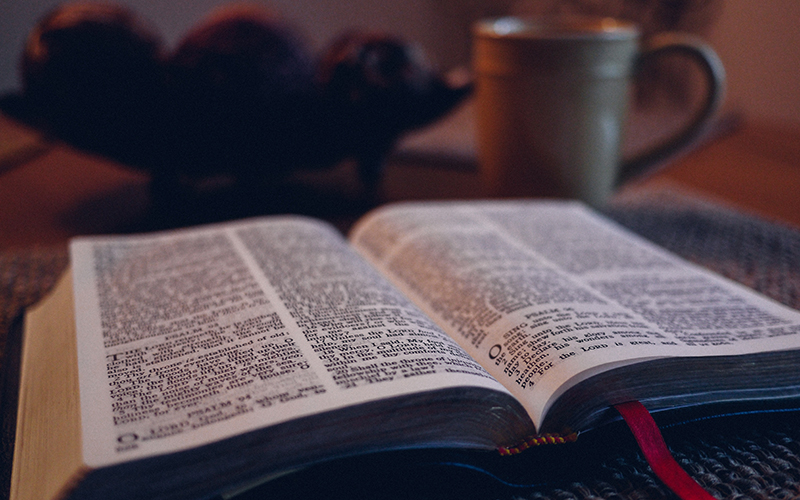 The Bible, Our Sole Authority
No comments